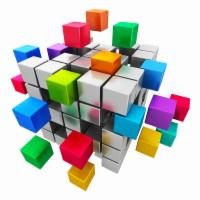 Portland's most diverse law firms: Discover which firms employ the most women and minority attorneys

We ran across this very interesting article.  There is a long way to go for law firms to reflect the diversity of the population, but we applaud those that are making it a priority.

Even in a place commonly referred to as the whitest big city in America, Portland’s law firms are light years away from reflecting the gender and racial diversity in their own community.

Just 80 percent of Multnomah County’s residents were estimated by the U.S. Census Bureau to be “white alone” in 2016. Yet according to the Business Journal’s annual survey of local law firms, 92.4 percent of local attorneys and 94.3 percent of local partners are white.

And despite a 50.5 percent majority in the local population, women make up only 34.3 percent of local attorneys and 27.6 percent of local partners at area law firms. Managing editor Erik Siemers recently charted Oregon State Bar demographics including the declining share of women attorneys across the state as well as their huge disparity in pay compared with men.  Read the rest of this interesting article here!